Conference Proceeding
[Presented at the Young Investigator’s Symposium at the 2014 Annual Meeting of Southwest Chapter of American Association of Physicists in Medicine (AAPM) in San Antonio, Texas, USA]

Purpose: We studied on the negative dosimetric effect of inter-fraction deformation in lung stereotactic body radiotherapy (SBRT), in order to see whether there is a need for adaptive re-planning of lung SBRT cases.

Methods: Six lung cancer patients with different treatment fractions were retrospectively investigated. All the patients were immobilized and localized with a stereotactic body frame and were treated with cone-beam CT guidance for each fraction. We calculated the actual delivered dose of the treatment plan using the up-to-date patient geometry of each fraction, and compared the dose with the intended plan dose to investigate the dosimetric effect of the inter-fraction deformation. Due to the relatively poor image quality of CBCT, deformable registration was carried out between treatment planning CT and CBCT of each fraction to obtain deformed planning CT for more accurate dose calculation of delivered dose. The extent of the inter-fraction deformation was also evaluated by calculating the dice similarity coefficient between the contours on planning CT and those on deformed planning CT.

Conclusion: Due to inter-fraction deformation, large deterioration was found in both PTV coverage and OAR sparing, which demonstrated the need for adaptive re-planning of lung SBRT cases to improve target coverage while reducing radiation dose to nearby normal tissues. 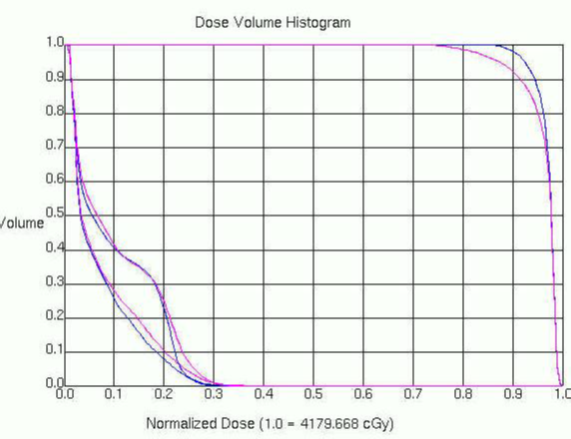